Tactical Monsters Rumble Arena MOD – Have you got what it takes to be the number one in the tactical world? Then tactical monsters is the best game to showcase that. This is the latest release from Camex Games. In this game, the player gets to experience the strategic rush battles of 3 to 5 minutes in a world full of tactical monsters, and these monsters come from all corners of the world. This is the ultimate game for both real life and virtual reality competitors.

In this tactical turn-based strategy game, the player has to create a powerful and vibrant team of monsters to conquer and take over the real-time multiplayer gameplay.

The player gets to position its monsters strategically before battles and to tactically control their actions during battles to outsmart, overwhelm and destroy its opponents. Tactical monsters is hex grid, turn-based tactical game that features monsters from all time and space. These monsters range from Franky the Frankenstein, to fantasy monsters such as Griffin Medusa, to culture based monsters such as the Mummy and WuKong, down to monsters you’ve not come across before like Nobu the ghost samurai, and Frosty the Bigfoot. All of these monsters have their different jobs and backgrounds. Each of them also possesses a unique skill which are physical skills, magical skills, and also world-ending skills.

This game is pre-installed with a lot of single player mode stages the allows the player to upgrade and train his monsters. Once the player is prepared, he/she then enters into a real time player versus player battle mode with other player for other parts of the world fight and competes for the number one spot. The player gets to fight for his/her clan and country by simply being the best and emerging victorious in the game.

Tactical Monsters Rumble Arena is one of the best free to play strategy games in the game market. This game has very realistic graphics and sound. The game controls are also easy and straightforward. 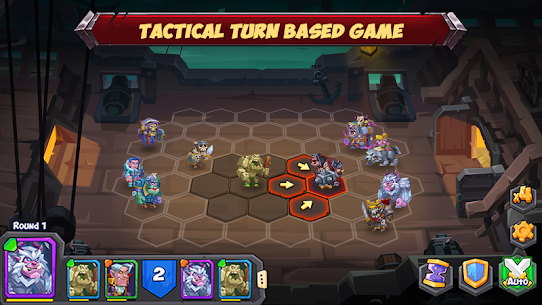 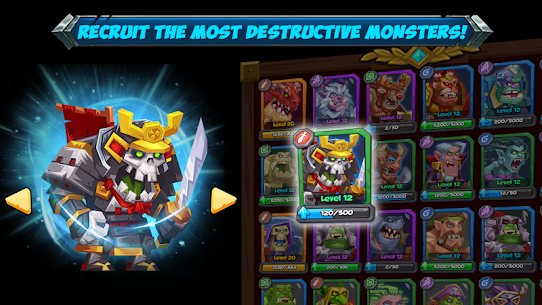 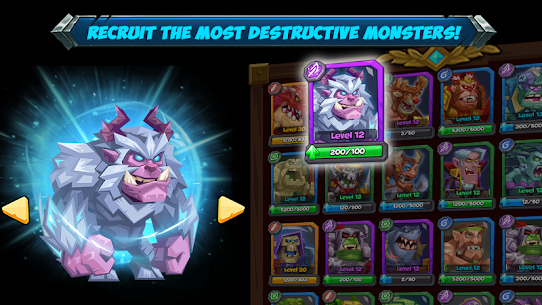 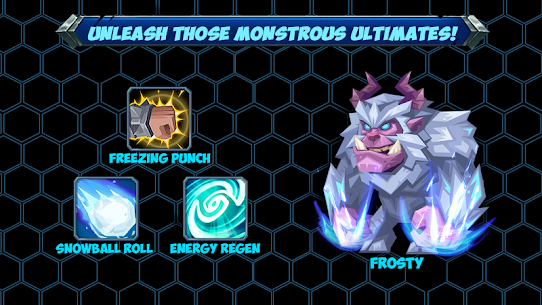 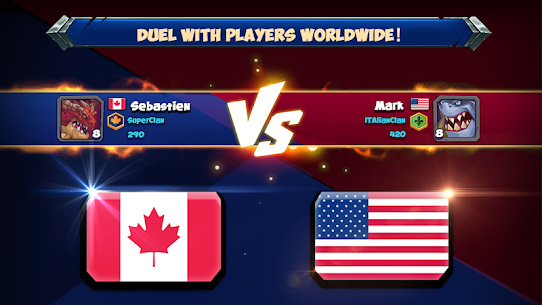 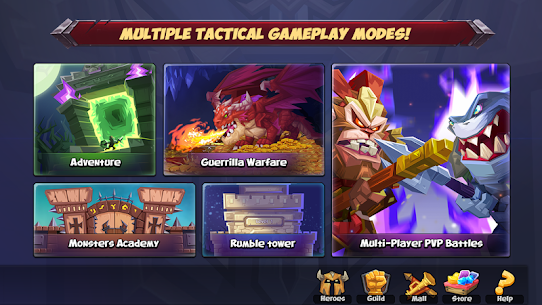 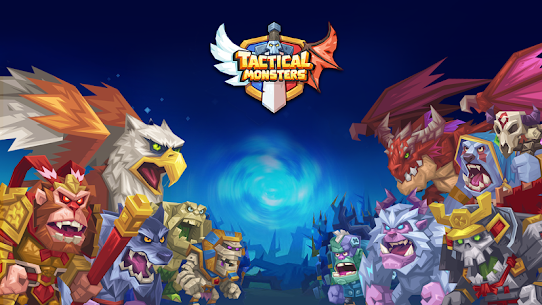